Dr Les Bailey first used standard class 3 machines from the late 1990's, and recently made the larger investment into MLS class iv laser therapy. Many practitioners shy away from class iv lasers, feeling they run the risk of burning the skin. However, a company called MLS, perfected a technique of pulsing the light, resulting in all the amazing healing benefits of class iv laser, but without the risk of burning the skin, making laser therapy at a high level, both very safe and yet retaining its remarkable power.

MLS class iv laser therapy can be used safely for a vast array of problems, and these include:

And a host of other conditions. Please call and ask if you are unsure. 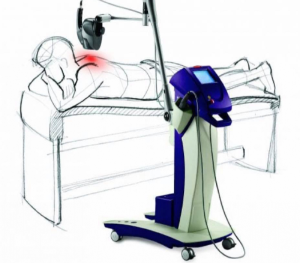 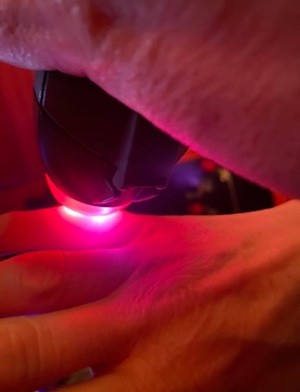 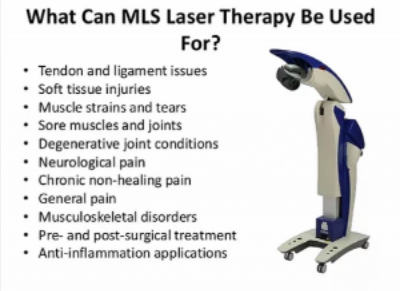 Some of very many uses for MLS class iv laser 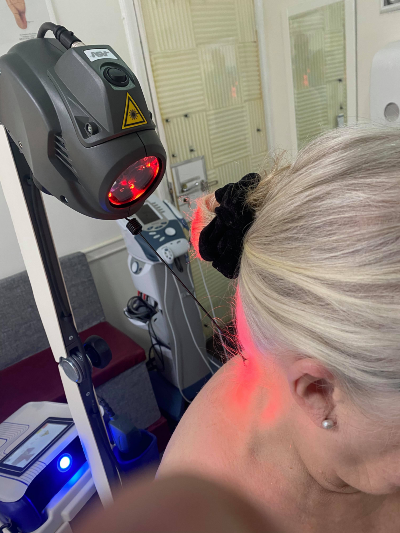 We have a policy of fair pricing here at the back and joint pain centre Caterham. Unlike other clinics, we do not charge extra to use shockwave, laser etc, and include these in the normal treatment fee!

We never want to make our treatment out of financial reach, and realise that great results get us our many hundreds of amazing reviews, and therefore many more patients.

All laser treatments are carried out with special protective glasses (supplied)

“Having worked with various electrotherapy in my practices for over 40 years, I was curious what an MLS class iv laser would achieve over my class 3 laser. I was offered one on trial and can honestly say, I’m amazed every day by some of the cases I treat with it. It’s outstanding”